Hi Friends! Can you believe it is already March?! It is a new month, and with a new month comes a new #BeBrave story from regular people just like you and I who are or were struggling with a mental illness. I really appreciate Rebecca Burke for saying yes to sharing her story on her journey through anxiety and depression.

You can learn more about Rebecca and her writing after this post below! I hope her story inspires you to not give up no matter what you are facing. 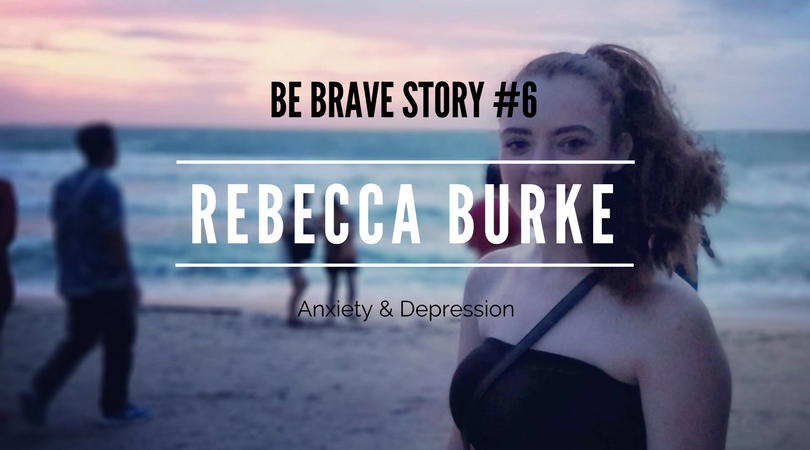 I’ve always had low self-esteem with an over-active imagination. As a child, I would be convinced that people didn’t like me and I would over-compensate trying to get them to like me by being chatty & loud and being fully aware that this was probably making them dislike me more but not being able to stop. I’m a people pleaser with a fear of failure.

I was always fairly bright in school but as I got older I felt like I was becoming more & more average and others were flying ahead of me. I still got good grades but it wasn’t enough to compare to some of my friends.

"WHAT WASN'T NORMAL WAS MY REACTION TO THE STRESS"

During my A-Levels I began to feel the pressure. We were continually told how important our grades were as they would be transferred into points and to get into your chosen university, you needed a certain amount of points. I was struggling. I thought at the time that I was just stressed which is normal for an intense schooling period however what wasn’t normal was my reaction to the stress.

I worked around the clock to fit in as much revision as possible. I was either eating a lot of high sugar or high salt foods or eating barely anything at all. I couldn’t moderate my appetite. I stopped socialising with my friends in college, barely even talking to them anymore. They too thought that I was just stressed as every time they saw me in the canteen, I was revising.

I couldn’t breathe. I didn’t know it at the time but my fear of failure and intense stress had triggered anxiety that had always been there but had never significantly affected my quality of life. I was walking around feeling like I had a lasso around my arms and chest, a pile of bricks pressing against me. I don’t think I took a full breath for 5 months. I wasn’t okay but I ignored my body’s warnings and carried on.

As time went on, I was sleeping less & less. I wouldn’t be able to fall asleep within the first 3/4 hours of trying. I’d struggle to breathe. My heart would be pounding. I would be panicking for no obvious reason. I recall a night where I was so scared & worried & panicked that I got up took my pillow and duvet to outside my parents room & slept there. I wanted to be close to them but I also didn’t want them to know how badly I was feeling.

I couldn’t stay asleep. I was having nightmares and anxiety dreams every night that didn’t make sense. My body constantly thought that I was in mortal danger but all I had was exam stress. I began to feel guilty and the guilt consumed me. I started spiralling into a depression fuelled by the anxiety.

I felt hopeless, terribly lonely & I was scared that if I told anyone how I was feeling that I would be invalidated. I was scared that I would be mocked or even worse, told that other people have it worse. I know that other people have it worse, but that doesn’t mean that I can’t have anxiety & depression, just as there are always people who will have it better than you but it doesn’t mean that you can’t be happy.

I’ve learned that my personal trigger is stress but I’ve also began to recognise the signs that I am falling into ‘the dark place’ and I can talk about it sooner and have my support system help me. Time is a healer and you learn how to cope healthily.

I started my blog when I had not had a dark day for over a year. I needed to not be battling whilst writing publicly but now my self-esteem is growing and by being honest about my own mental health I’ve realized just how many people actually battle it. Everyone I’ve spoken to either battles it personally or has a close friend/family member who does & that is only the people who talk about it!

If you’re battling, you are not alone.

Rebecca aka Bex, is a 22 year old qualified primary teacher from Liverpool England. Her  passion in life is travelling and discovering new ways to live. She has traveled 23 countries across 5 continents. ( WOW). She battled anxiety & depression since 2012 and created her blog to discuss about both travelling & mental health.


Thank you Rebecca for sharing your story with us! If anyone of you wants to share your story, send it to nickki.opara1@gmail.com I post a story every month!

Popular posts from this blog

Hey June, You Taught Me A Valuable Lesson...

I never really took this saying seriously until I came to notice it this month.

Although, I guess this month has really shown me the importance of not taking people by their word but really judging by actions. People will not only show you who they are but they will show you how much you mean to them as well, and when they show you those two things believe them.

Four of My Favorite Bible Verses ( Guest Post By Airriaunte) 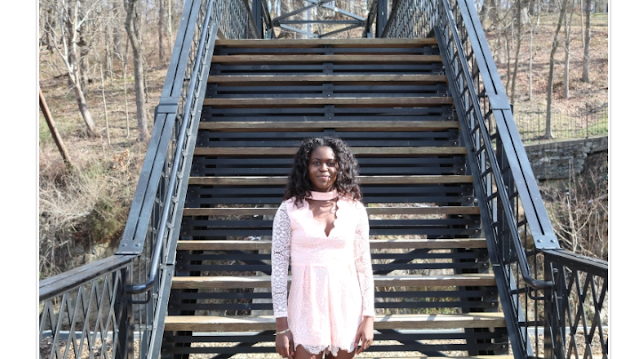 Hey Friends, I have a special post for you today! In this blogging community I have been lucky enough to connect with fellow bloggers who share the same Christian faith. With that being said I was more than happy to collab with Airriaunte from the blog CoffeeWithTae and have her share four bible verses that has convicted her. I hope this blesses you!

Please read more about Tae after the post below! If you want to read about My favorite bible verses click HERE


Hi! My name is Airriaunte most (all) of my friends call me Tae! As Im sure you already know Nikki and I are doing a collab of some bible verses that mean a lot to us! So here are the four from me!

Galatians 4: 1-71 I’m saying that as long as the heirs are minors, they are no different from slaves, though they really are the owners of everything. 2 However, they are placed under trustees and guardians until the date set by the parents. 3 In the same way, when we were minors, we were also enslaved by this world’s system. 4 But whe…
Read more 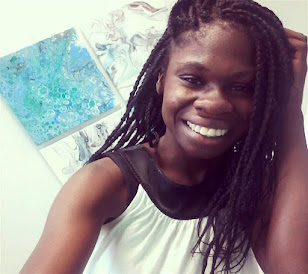 Welcome to "HerDaringThoughts", a space for me as a twenty-something year old to share my views and experiences on topics such as mental health, college, poetry, relationships, Christianity, and so much more. I hope you enjoy reading my content as much as I enjoy writing it! (: